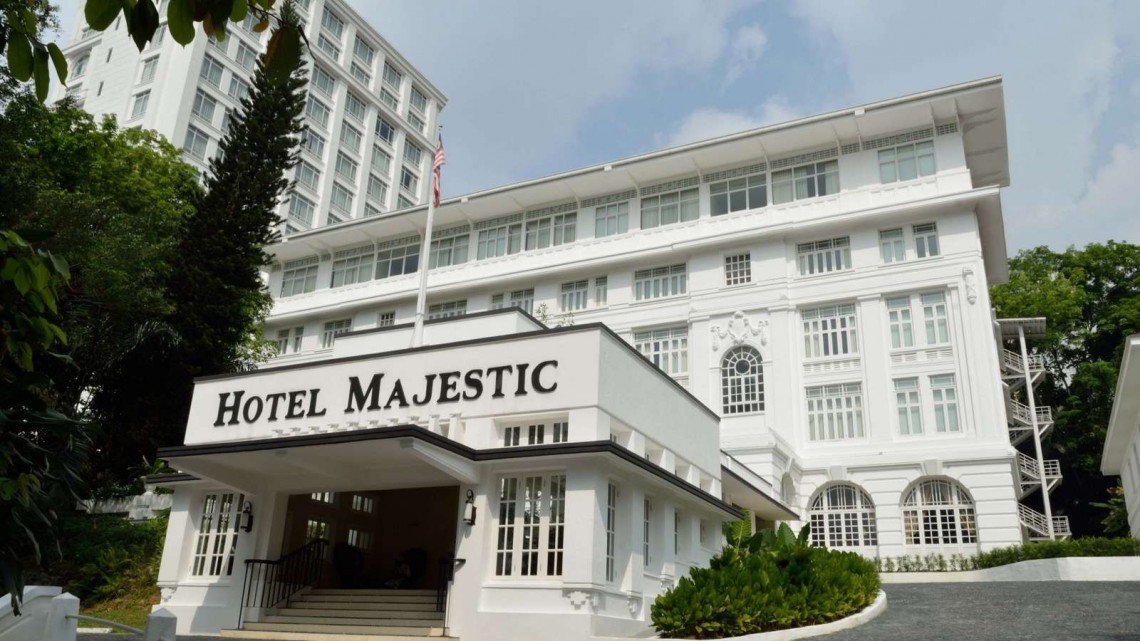 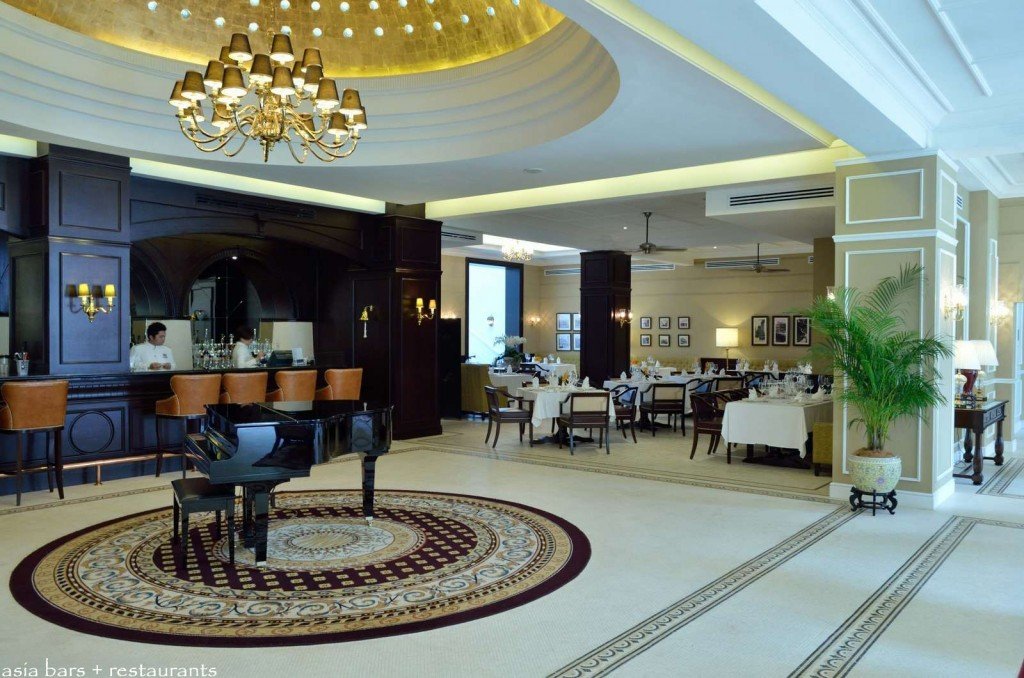 In its heyday, during the final halcyon years of British Malaya, Kuala Lumpur’s Hotel Majestic was regarded as one of the grand hotels of Asia in the mold of The Peninsula Hotel in Hong Kong and Raffles Hotel in Singapore. Originally constructed in 1932 in the Art Deco style of the period, Hotel Majestic stood prominently in the historic heart of KL and catered to an elite clientele of privileged travelers, and the local colonial “high society”. Declining fortunes in the 1970’s and 80’s resulted in the hotel ceasing operations and it was added to the heritage building register and transformed into the National Art Gallery. In December 2012, after extensive renovations and the addition of a new Tower Wing, the hotel was restored to its former glory, and re-established as The Majestic Hotel, Kuala Lumpur, developed and managed by the Malaysian owned YTL Hotels group. Exemplifying its renewed status within the upper echelon of luxury hotels world-wide- The Majestic Hotel Kuala Lumpur is the only hotel in Malaysia listed with the prestigious The Leading Hotels of The World.

Located within the exquisitely restored 1930’s building, now identified as the Majestic Wing, The Colonial Cafe faithfully recalls the dining style and cuisine of the British Malaya plantation era, serving a menu exclusively of classic English comfort dishes, uniquely adapted by the local Hainanese cooks who typically manned the kitchens of the colonial elites, and with additional influences from India- brought to Malaya by ex-employees of the East India Company. The authenticity of the cuisine at Colonial Cafe is ensured by the kitchen being manned solely by Hainanese chefs- continuing the kitchen traditions of the original hotel.  The Colonial Cafe features two identical dining sections, positioned on either flank of the handsome The Bar, standing in the centre of the grandeur of the ground floor space of the Majestic Wing. 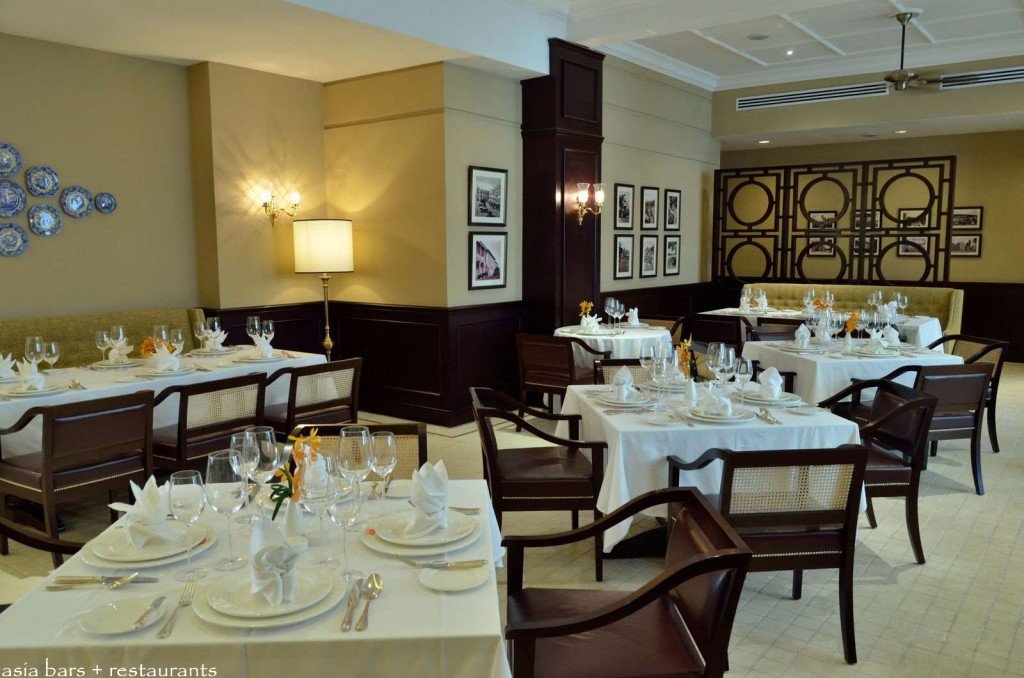 Elegant, traditional table settings are a feature at The Colonial Cafe- evoking the  privileged lifestyle of  the elite in plantation-era Malaya. 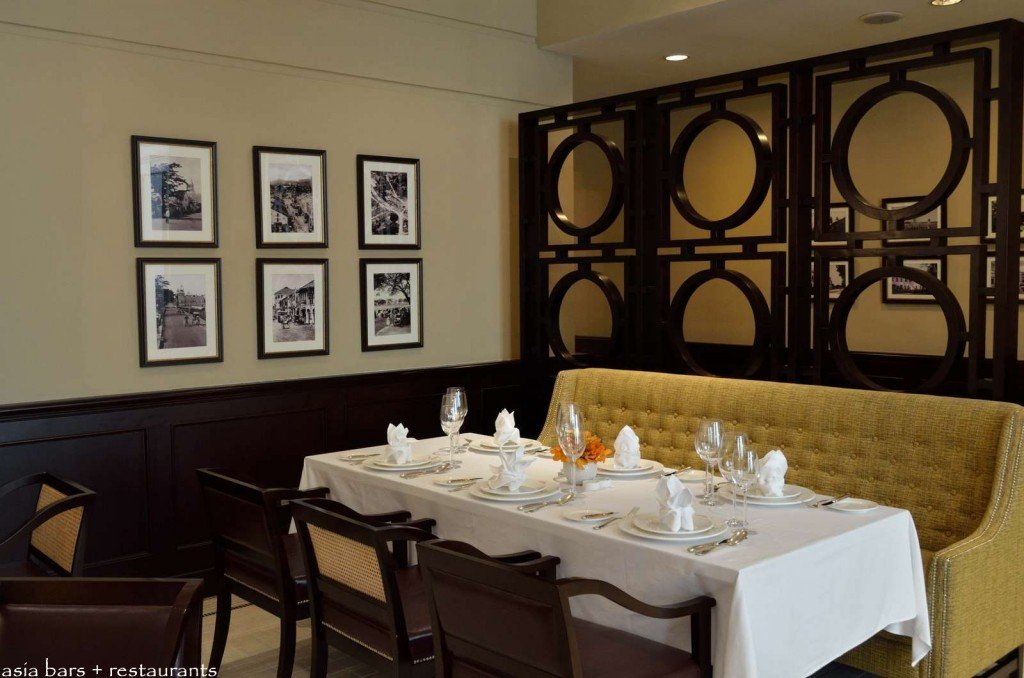 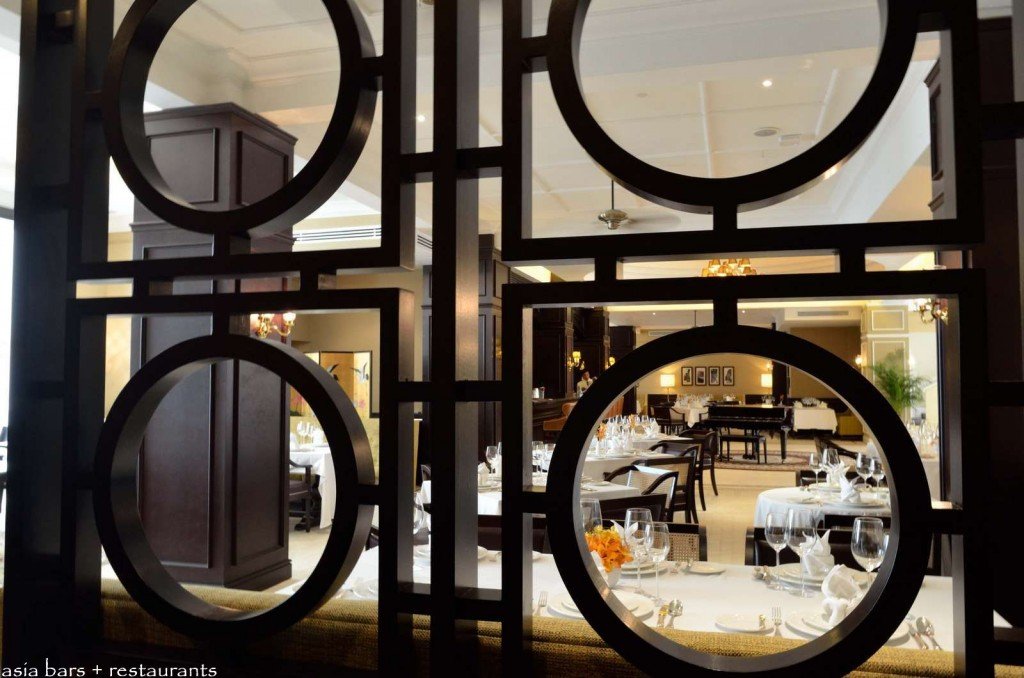 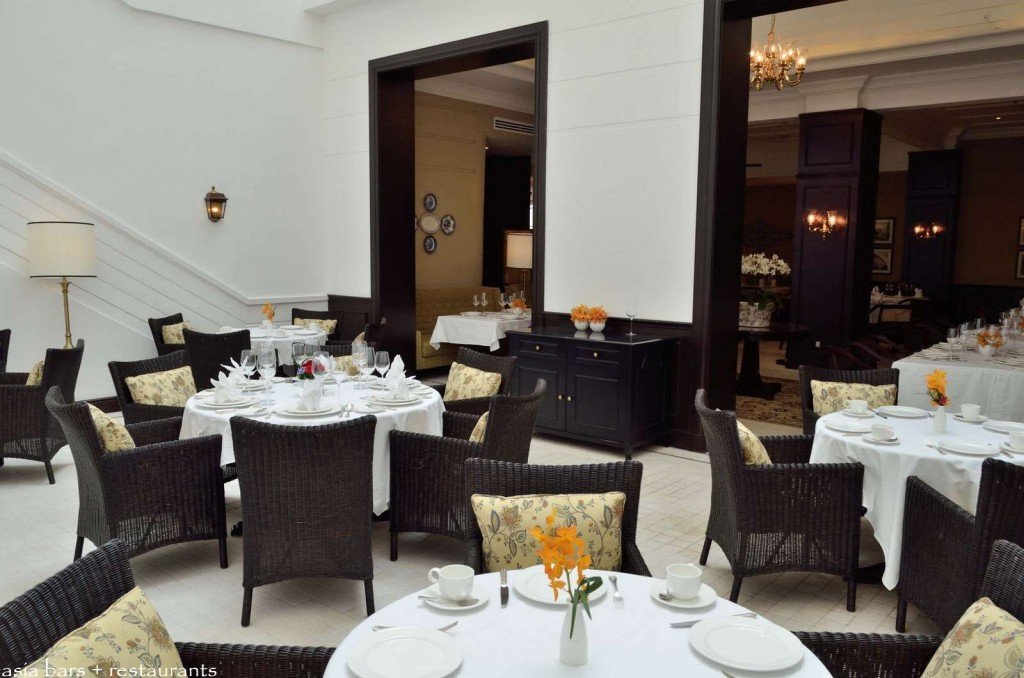 Each wing of the cafe includes an enclosed atrium room with a somewhat more casual decor of woven rattan chairs and round tables. 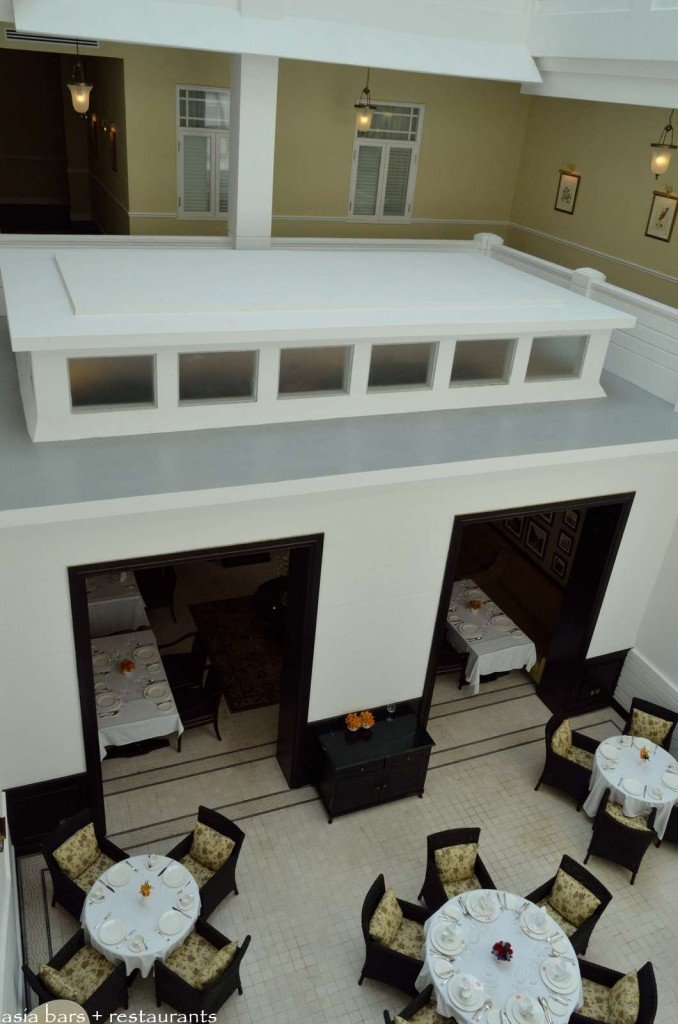 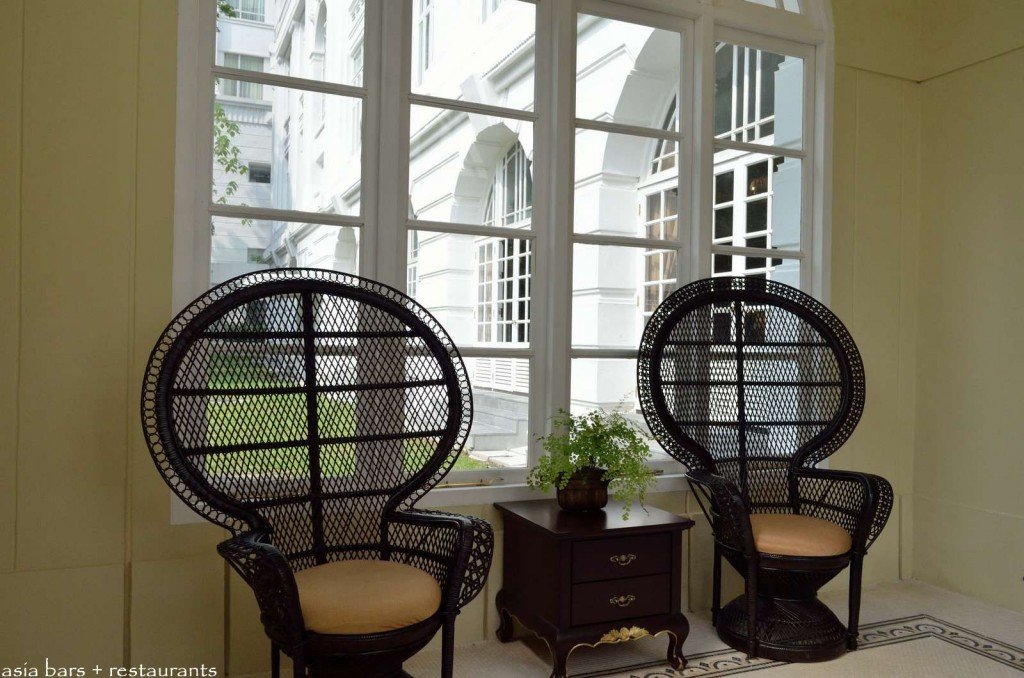 A corner setting of high-backed wicker style chairs at the original entrance foyer of the Majestic Wing. 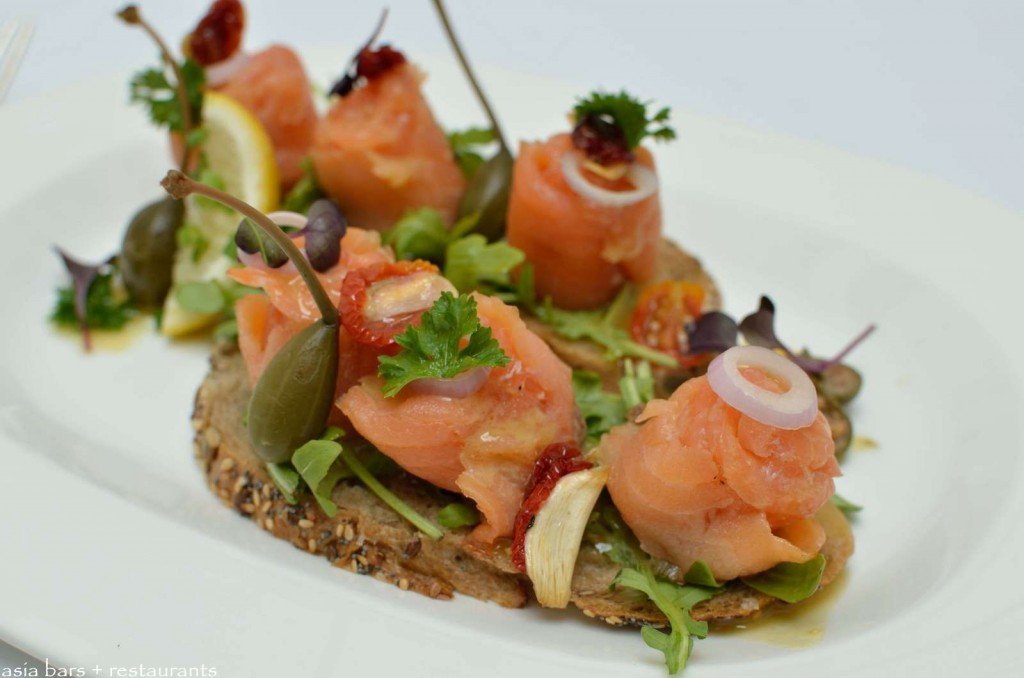 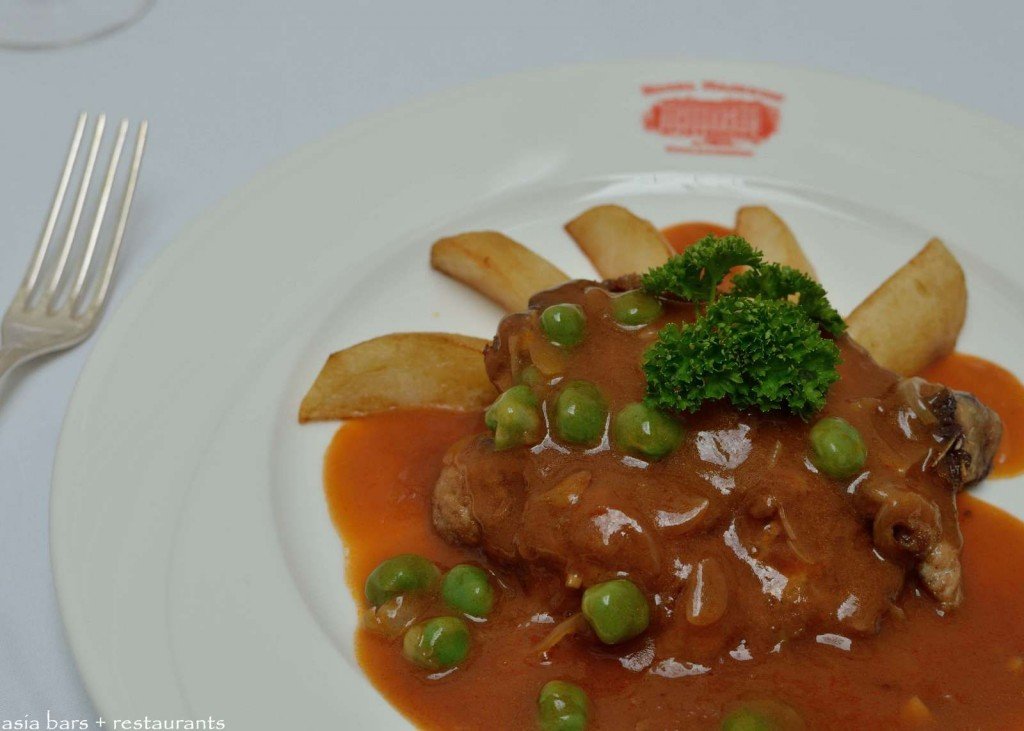 Hainanese Chicken Chop- cracker-crumbed deep-fried chicken, garden peas, hand-cut fries, tangy spiced onion-gravy.
An authentic colonial creation, the birthplace of the Hainanese chicken chop, with its fusion of both Chinese and Western flavours, was British Malaya. The Colonial Cafe presents the golden deep-fried chicken served with hand-cut fries and bathed in glossy Worcestershire sauce-seasoned onion gravy, sprinkled with peas, as a tribute to the Hainanese chefs, based on a closely-guarded family recipe, handed down over three generations. 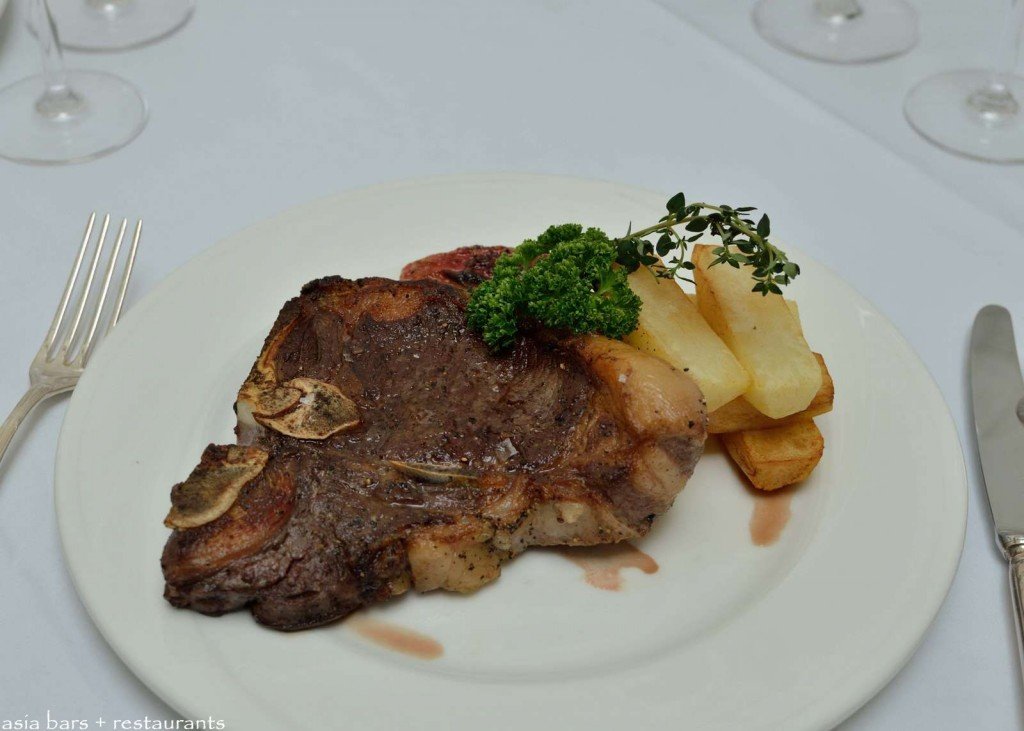 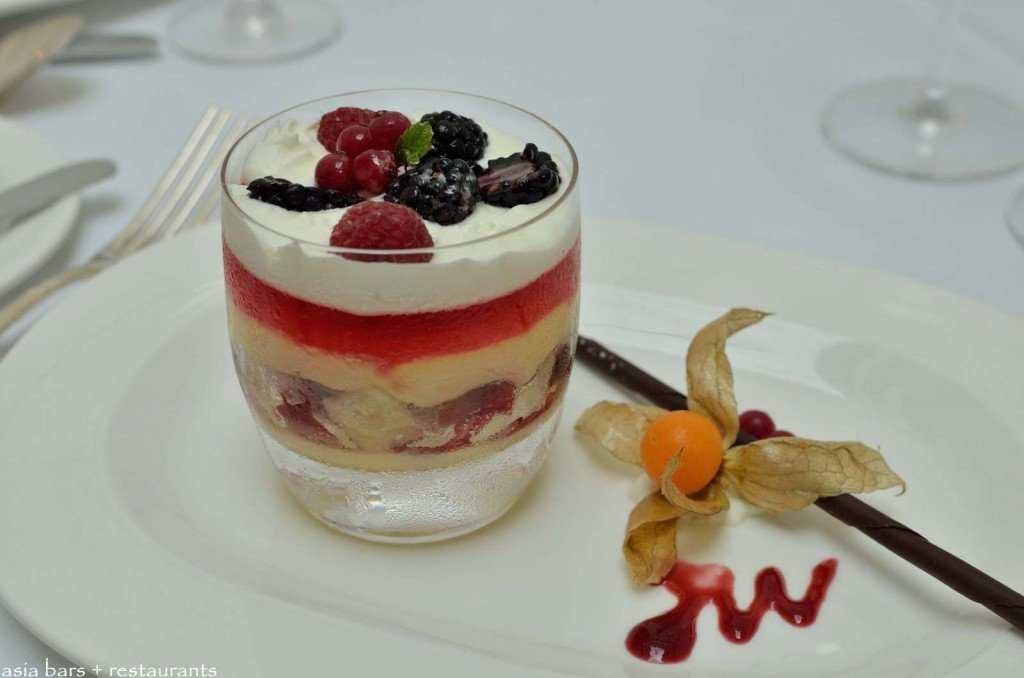 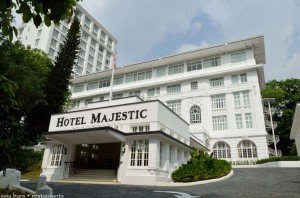 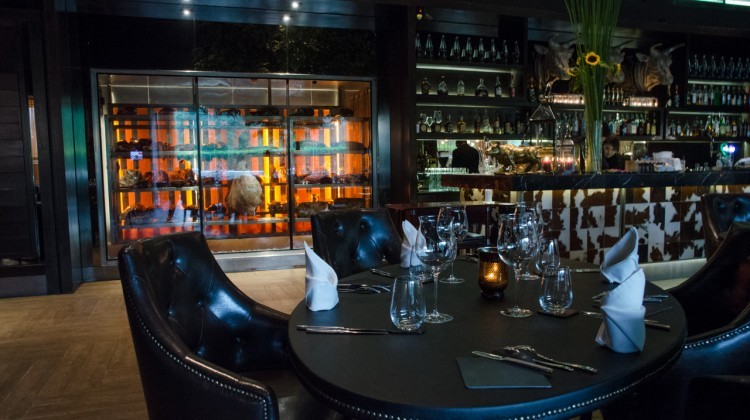 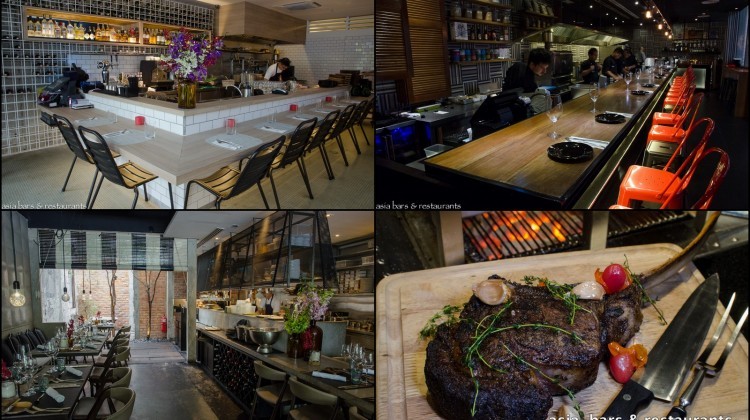 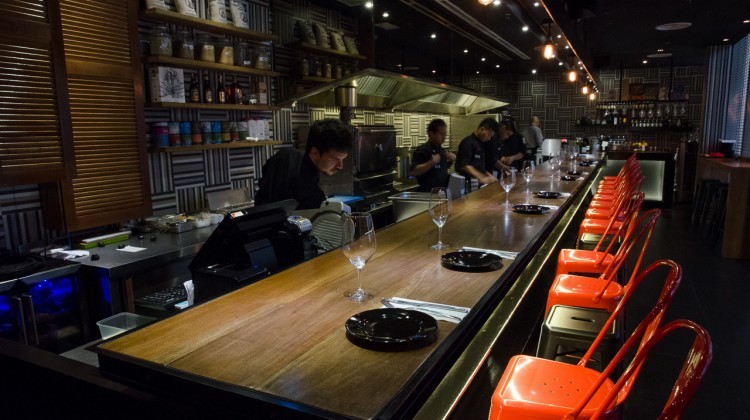