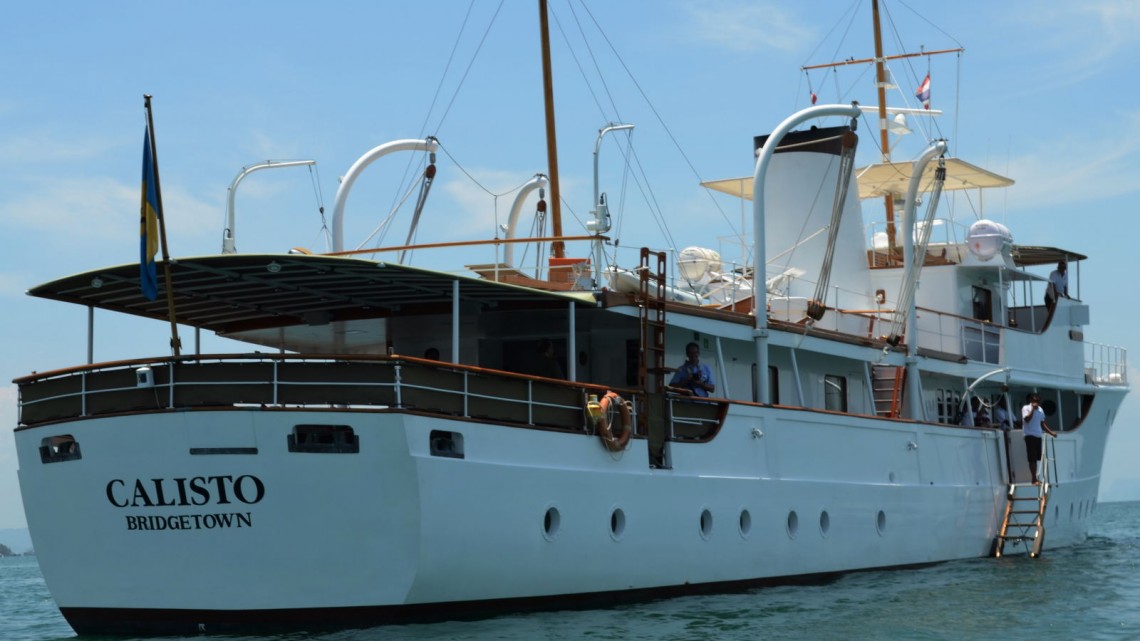 CALISTO is a classic wooden hulled motor yacht approx 43 metres in length. Built in 1944 for the US Navy, CALISTO was originally a YMS-1 class minesweeper that was transferred upon its completion to serve the Royal Navy of Great Britain. After World War II and a decade of glorious service, a new future beckoned.

In 1954, the vessel was bought by Mr. Thomas Loel Guinness, the Irish tycoon and former MP, who also owned the famed La Calypso of Jacques Cousteau. Under Mr. Guinness’ dedicated supervision, CALISTO was brilliantly transformed into his personal luxury yacht. Just like La Calypso, her sister vessel, CALISTO was conceptualized for classic elegance afloat, and for exploration of the oceans. She catered to the boating pleasures of the elite and well-heeled.

She sailed the waters of Greece and Britain, roamed the seas off the Antibes and Sicily and all over Europe in style, often in the company of celebrities and politicians. 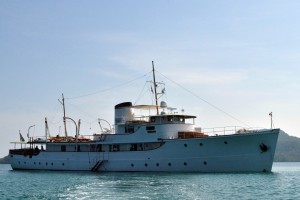 In the late 1950s, a prestigious French family purchased the CALISTO and maintained the vessel for the next forty years.
Currently CALISTO is based out of Phuket Island in southern Thailand and is typically sailing the waters off south western Thailand, Malaysia and the Indonesian islands. In recent years Phuket has seen tremendous growth in the luxury yachting and private cruise segment of the travel market and with large investments into state of the art marina  and servicing facilities, together with luxury land based resort accommodations, Phuket is now positioned as an ideal location for berthing vessels such as CALISTO.

The CALISTO has been faithfully restored, and the interiors decorated in the style of a 1960’s luxury yacht, capturing the elegance of a slower pace of cruising typical of that era. The attention to detail is extraordinary- and no expense has been spared in the selection of  fittings and soft furnishings. More recently, concessions to modern technology have been unobtrusively incorporated- including navigational aides,  satellite television, wi fi and cell phone telecommunications, plumbing and catering equipment.

Accommodation on the CALISTO consists of a Master Stateroom with en-suite shower and toilet, plus 2 other staterooms with king size double beds and en-suite bathrooms. In addition there are two twin-bed guest cabins, also with en-suite bathrooms, plus two single berth cabins. A large salon is accessed from the large covered aft deck area- which functions as both an outdoor lounge area and can be set up for casual dining. 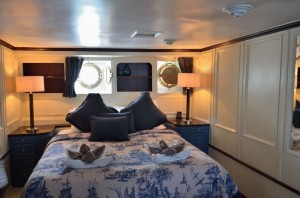 Further forward is the formal dining room- with the original large dining table and chairs. All cabins and interior rooms are fully air-conditioned for comfortable cruising in the tropics. The upper deck holds the recreational craft- including dinghies, sea-scooters and kayaks. A discrete sundeck is located just aft of the wheelhouse.

The CALISTO has a crew of nine, including the French captain Philippe French, with OffshoreYacht Master qualifications and more than 20 years experience in South East Asian waters (also a PADI Dive Master and Thai Merchant Navy certified). Chef Sowat Naknonhan (Wat) has expertise of International Gourmet Cuisine  with  an Asian flair  and with Thai specialties,  specially prepared with the daily fresh fish, vegetables,  local fruits and delicate spices. Khun Wat has worked as Chef  in several  hotels  and restaurants  in  Bangkok  and Phuket  and was  also  trained  in Vietnam in a 5 stars hotel by a Swiss chef. He is supported by Chief Stewardess Khun Tukta, and another Thai Stewardess. A Chief engineer  and assistant Engineer, plus two deck hand / tender captains complete the crew.

CALISTO is berthed at Phuket and is available for private charters on a minimum of a weekly basis.

A cruise aboard CALSITO would surely be the ultimate way to experience the magnificent waters of South East Asia in an unsurpassed style and level of comfort. 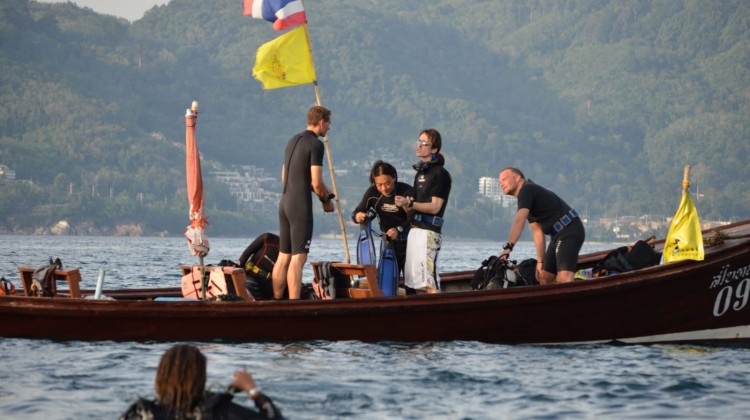