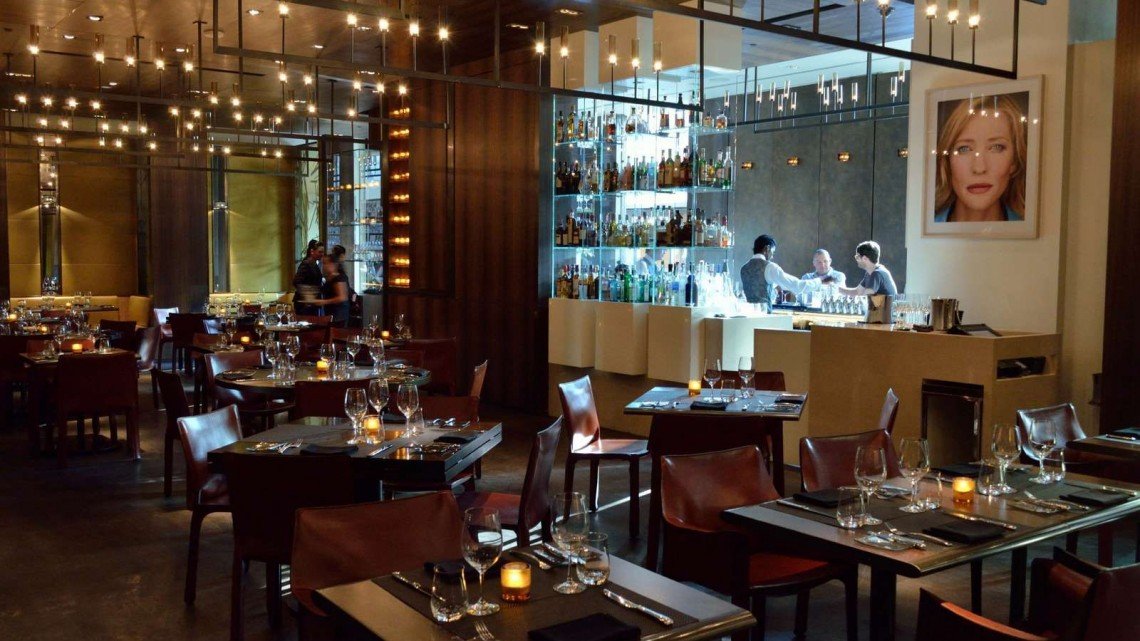 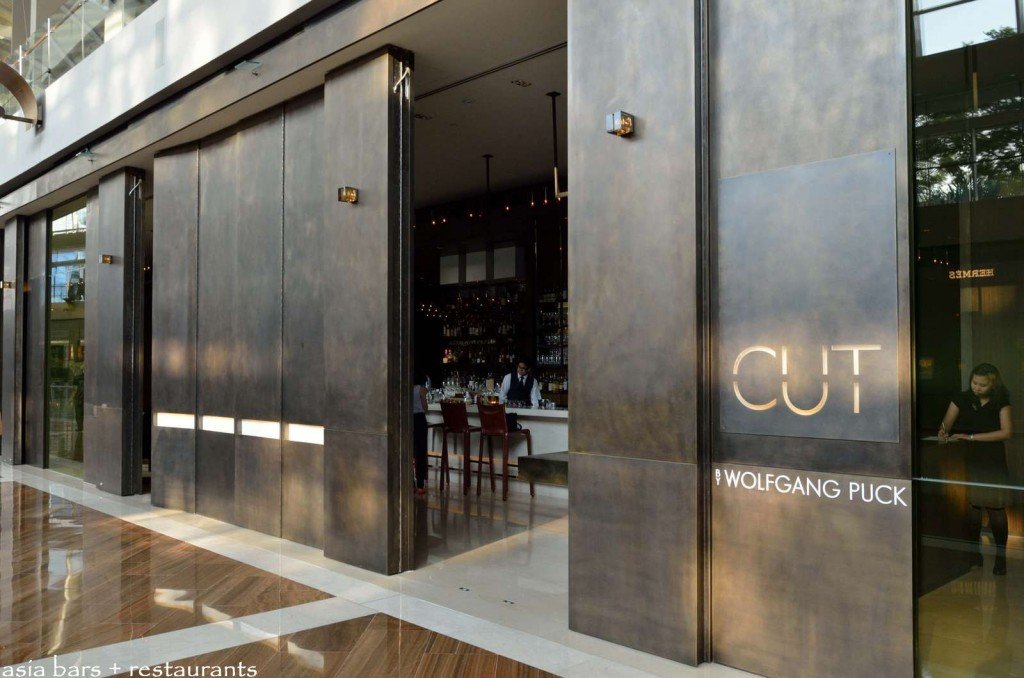 Widely acclaimed as among the top three steakhouses in the USA, the original Beverly Hills-based CUT by Wolfgang Puck has been joined in recent years by sibling restaurants in Las Vegas, Singapore (2011) and London (2012). Standing boldly among the Singapore offshoots of other notable USA-based celebrity chef at the unique assemblage under the banner of “Celebrity Chef Restaurants” at the iconic Marina Bay Sands Singapore casino, hotel and entertainment complex, CUT by Wolfgang Puck is a modern, sophisticated fine-dining interpretation of the classic American steakhouse. The restaurant features CUT’s signature prime dry- and wet-aged beef selections- headlined by the Snake River Farms American “Kobe Style”, U.S.D.A. Prime Illinois Corn Fed; and 300-day grain fed Australian Angus from Rangers Valley. Steaks are grilled over hardwood and charcoal fires, and finished under a 1200 degree broiler. In addition to its fine dining, CUT also features a chic bar and lounge, serving expertly crafted cocktails, and a sumptuous selection of bar bites, in a relaxed and informal setting.

With the launch of his flagship restaurant- SPAGO– in the heart of Beverly Hills back in 1982- Austrian born chef Wolfgang Puck embarked on an extraordinary trajectory building an international empire as restaurateur, TV show reality chef, and in the process becoming, most probably, the first iteration of the concept of “celebrity chef”. The Wolfgang Puck Group currently encompasses globally more than 20 fine dining restaurants, and 80+ casual dining outlets and bar & lounges. With multiple Michelin star awards and the recipient of a plethora of awards and industry acclaim, Wolfgang Puck continues to evolve his culinary style to entice new generations of increasingly discerning diners with his impressive cooking skills, reinventing his restaurants and menus in the process.

Since its 2011 opening in Singapore, CUT by Wolfgang Puck has enjoyed considerable popularity and extensive critical acclaim, and has rapidly garnered an elevated status among local steakhouses.  CUT, with its superlative international pedigree, delivers a sophisticated and refined dining experience, with an impressive menu featuring the finest premium cuts of steak, plus signature entrees such as Pan-Roasted Maine Lobster with Black Truffle Sabayon, and other seafood and meat dishes. CUT is open daily for dinner only, and seats 114 in the restaurant dining rooms, plus a further 24 seats at the Bar & Lounge. Table reservations are strongly recommended. 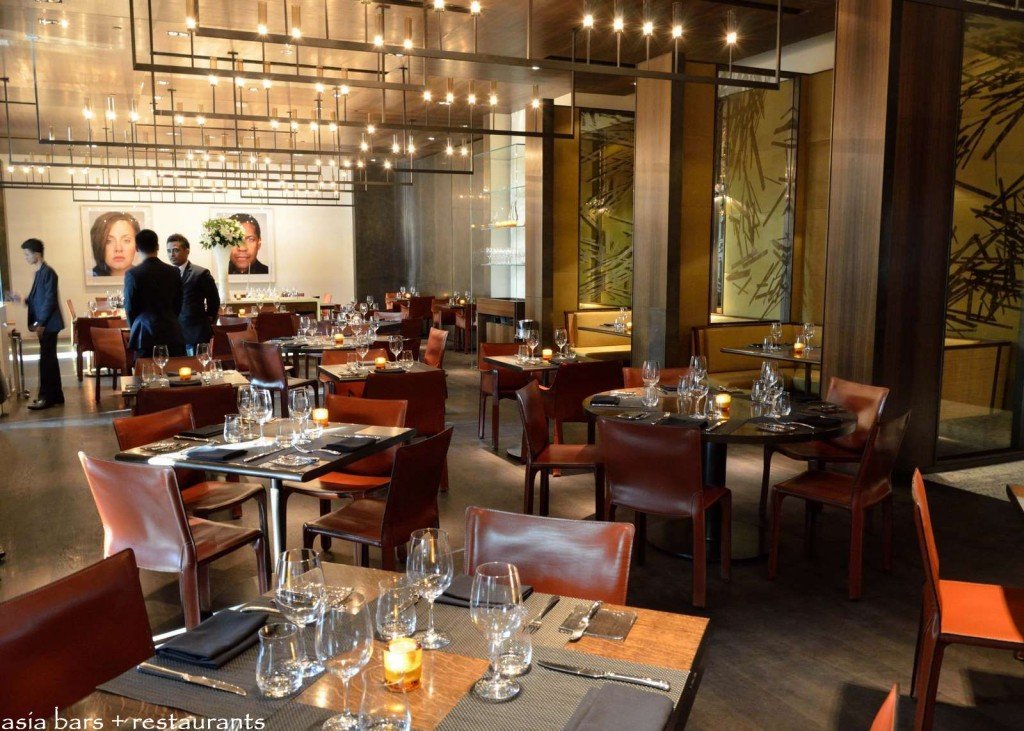 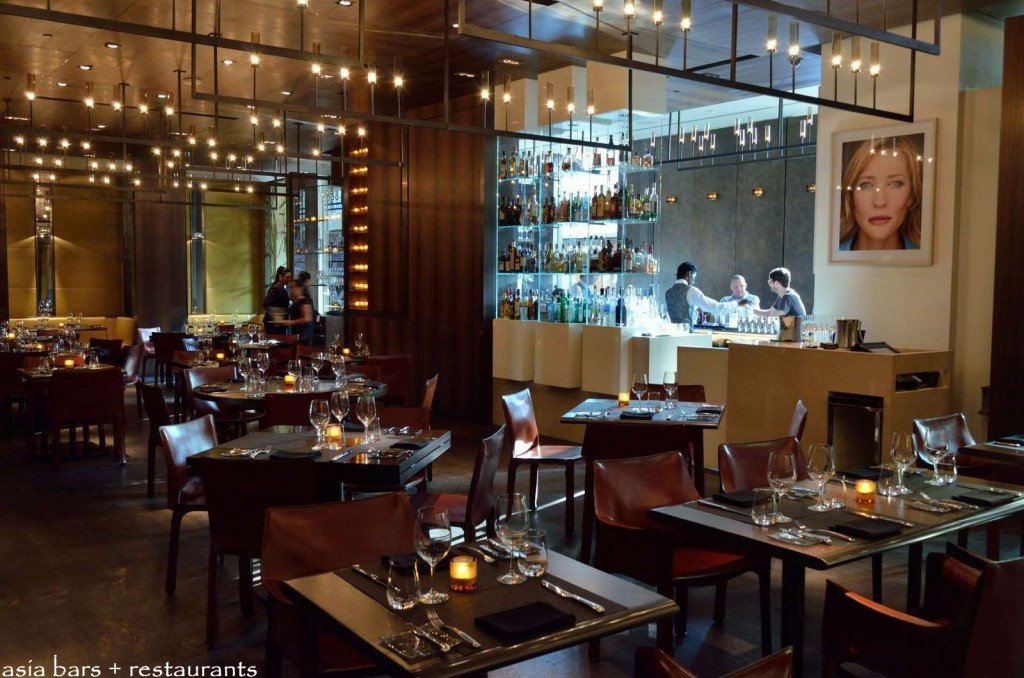 The main CUT dining room features modern bronze metal lighting fixtures that dim to a comfortably subdued, discrete level. The bar area at the front is partially open into the dining space. 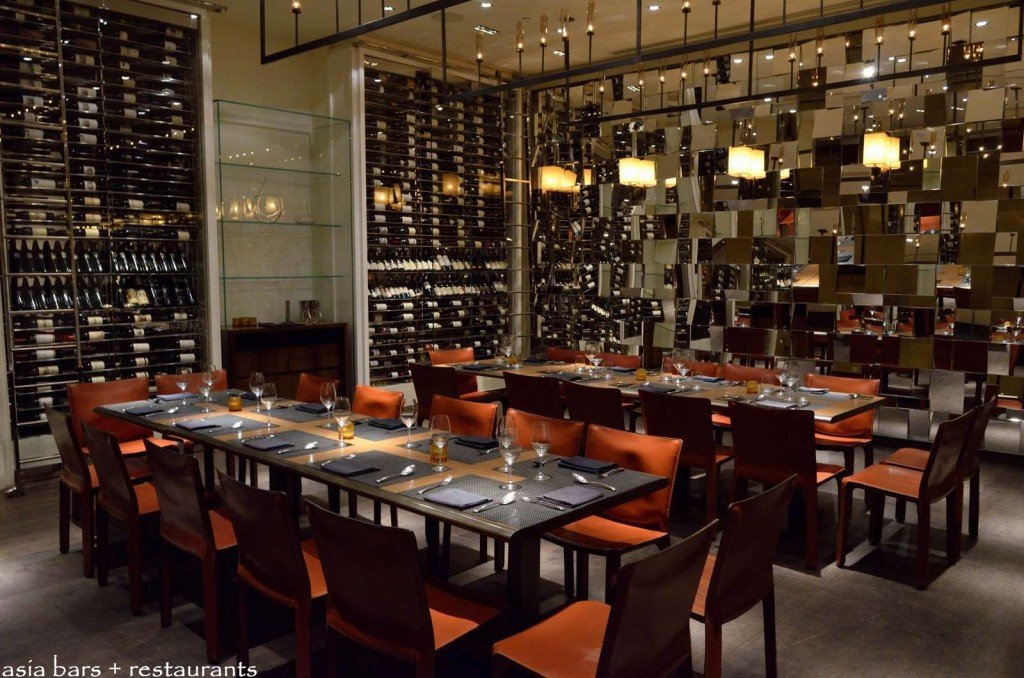 A spectacular private dining room can hold up to 40 guests in a spacious room lined with floor to ceiling mirrored walls, and glass fronted wine displays. 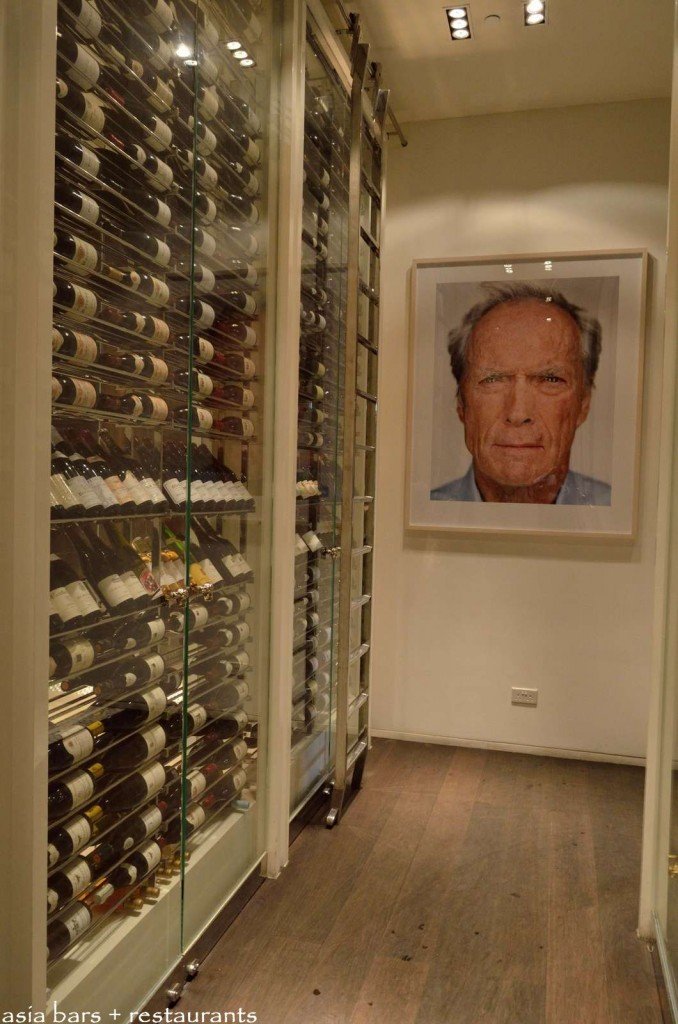 Internal passageways are flanked on either side by full height glass wine displays that showcase the  extensive 700+ label wine list. Framed portraits of Hollywood legends are featured on the walls throughout CUT. 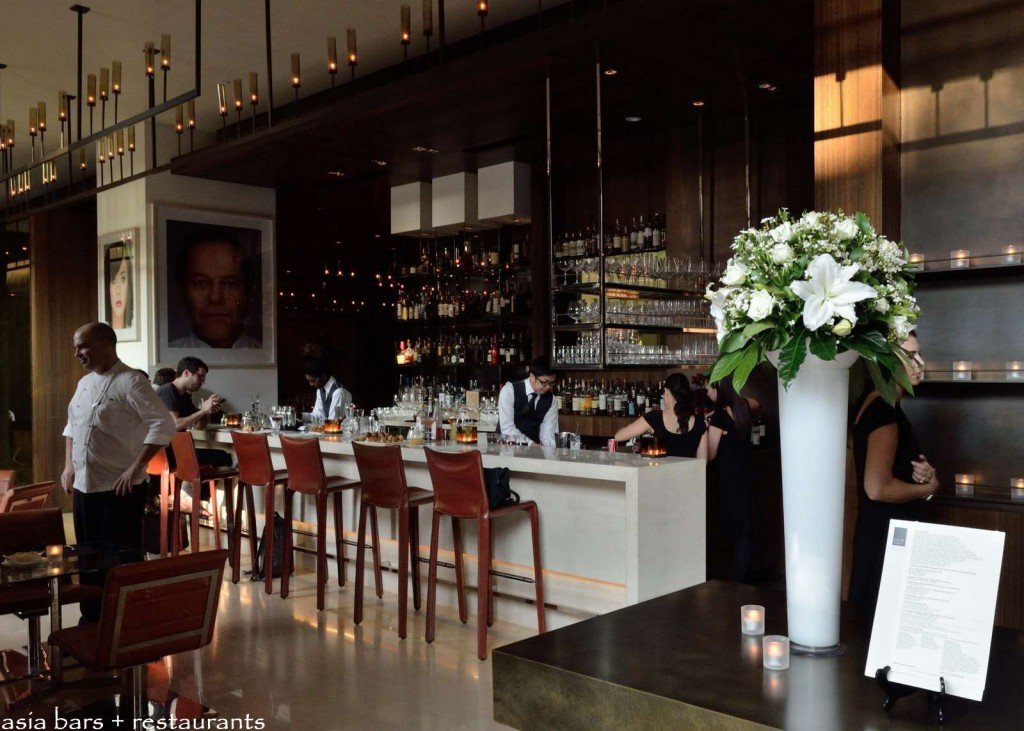 Adjacent to the reception area, the CUT Bar & Lounge extends across the front of the restaurant interior, separated from the exterior promenade by a series of four-metre high bronze panels that can fold back in the evenings to partially open the space onto the mall. 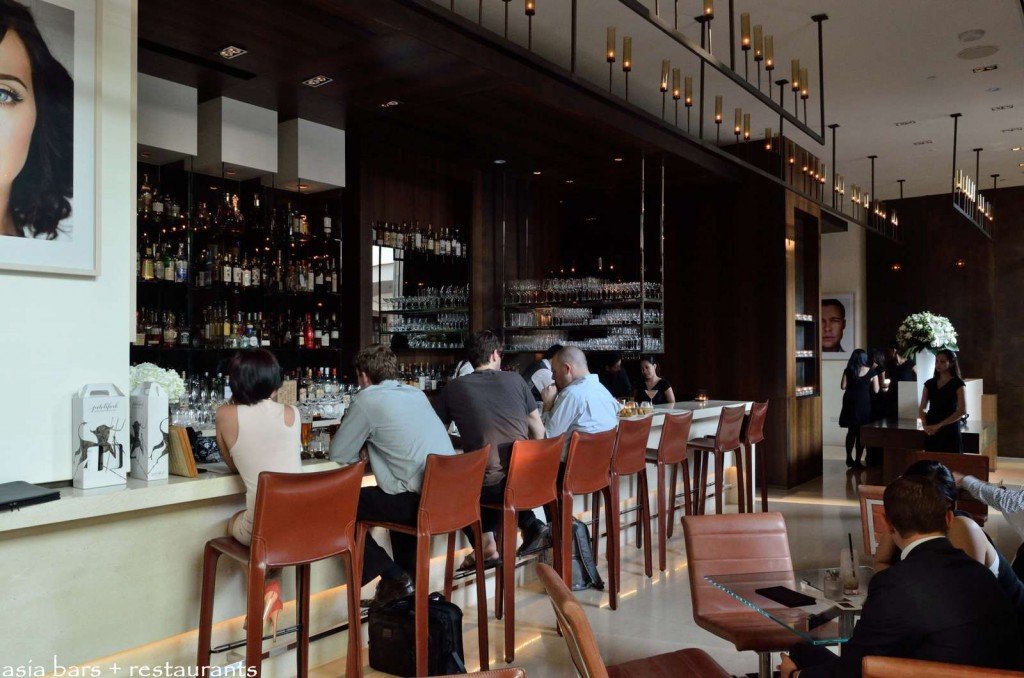 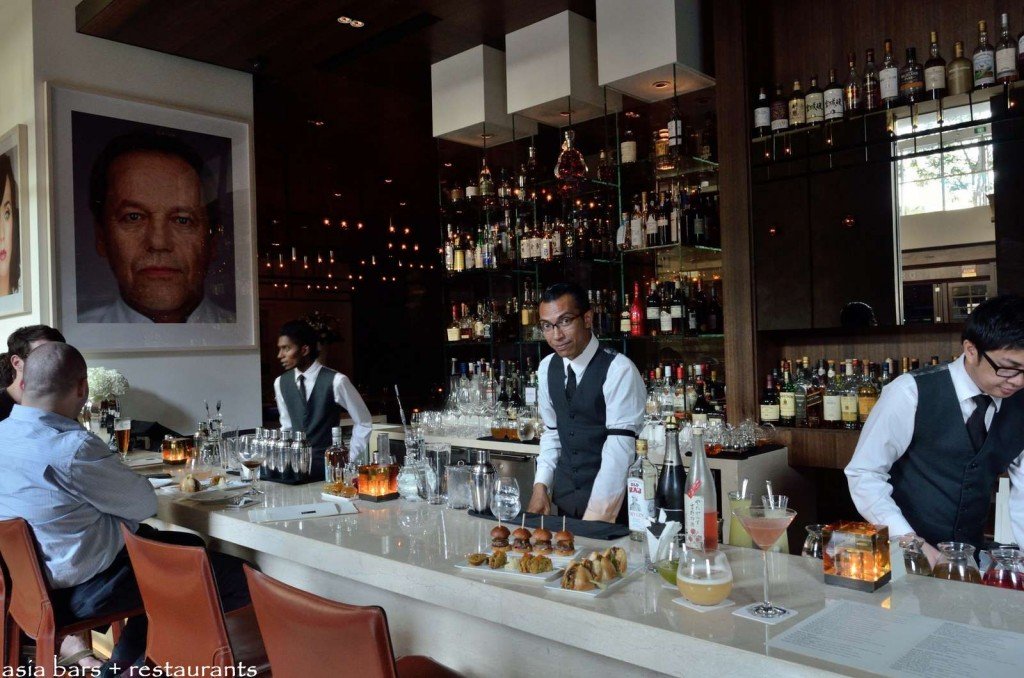 The bar specialises in superbly executed, handcrafted cocktails that are complimented by a selection of sumptuous bar bites. The visage of legendary actor Jack Nicholson appropriately oversees the action. 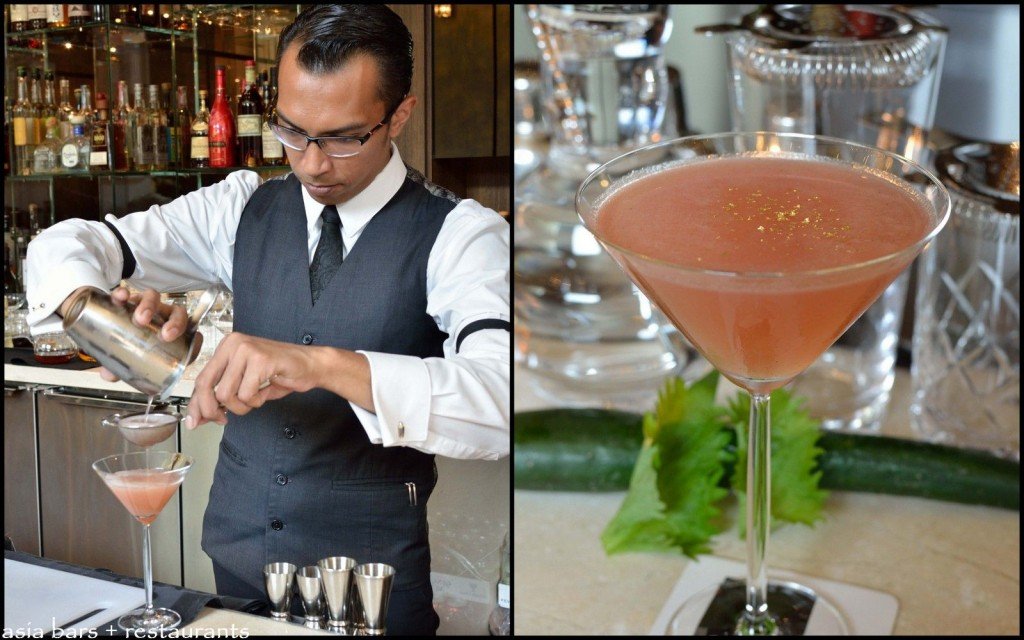 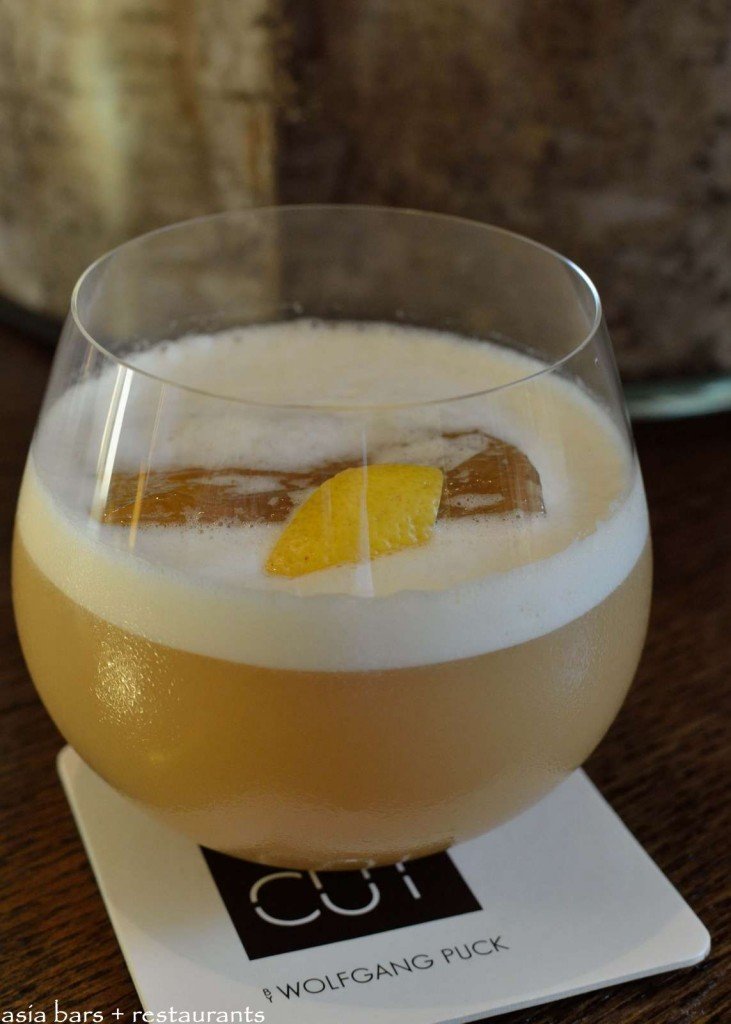 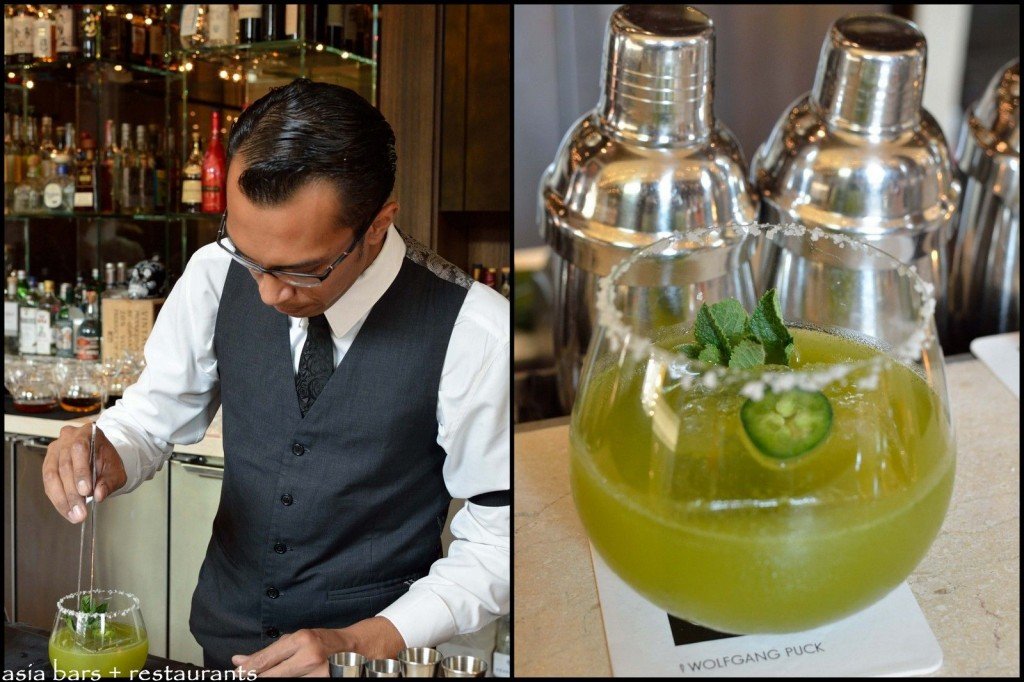 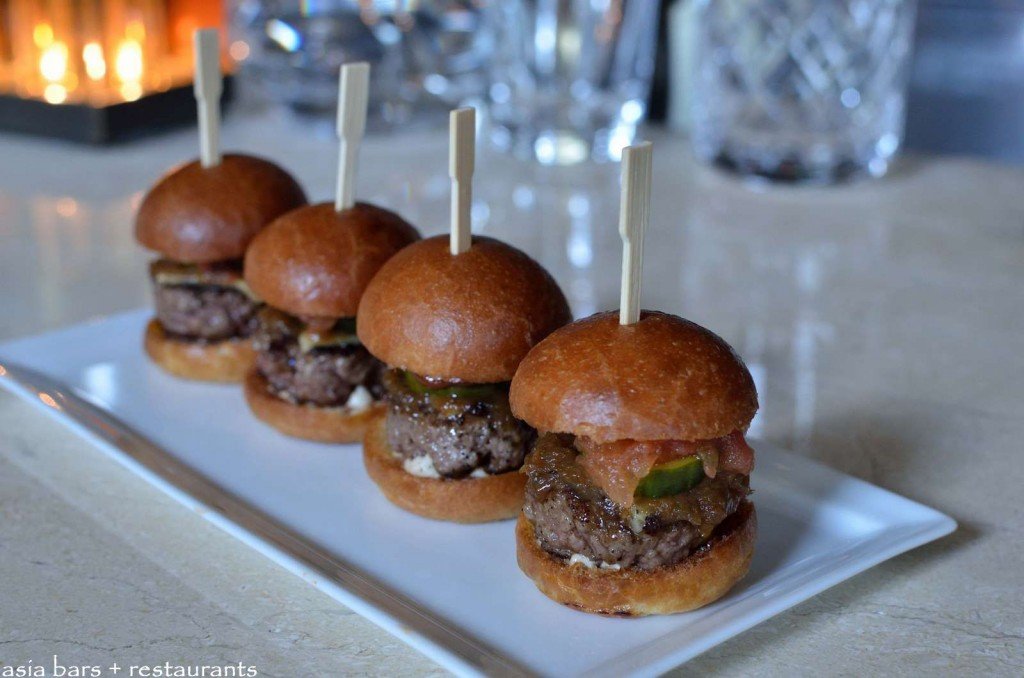 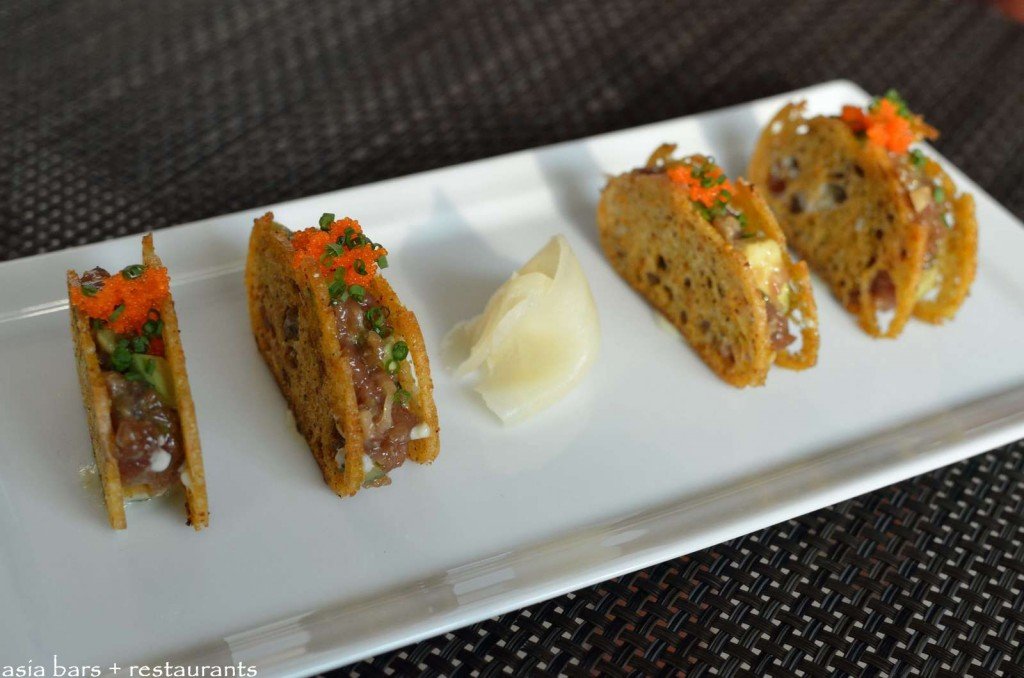 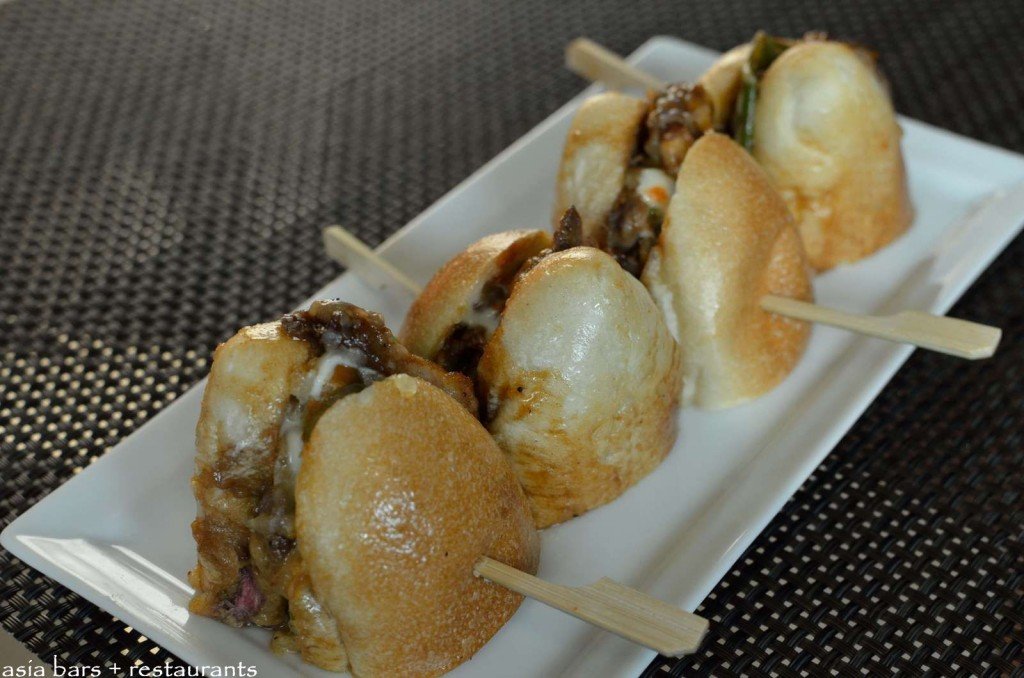 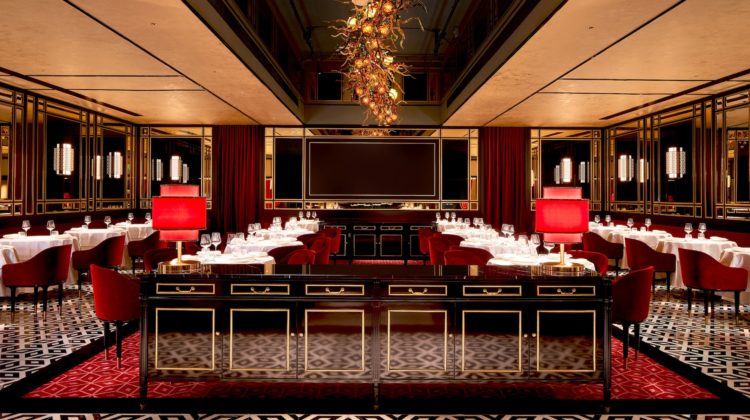 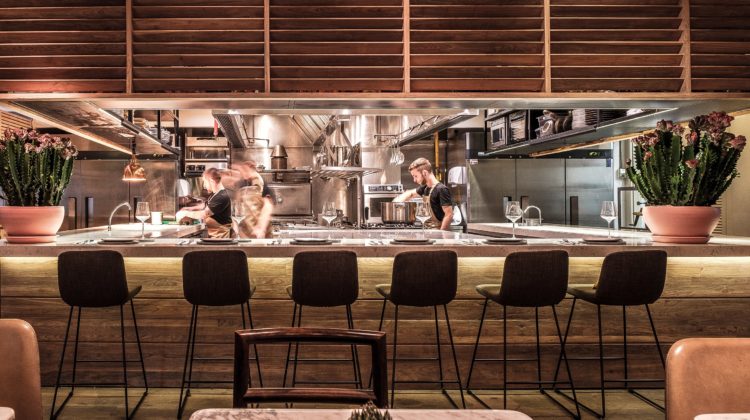 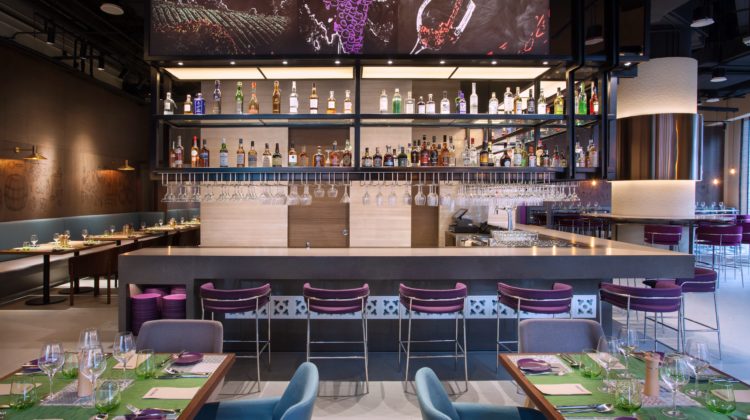