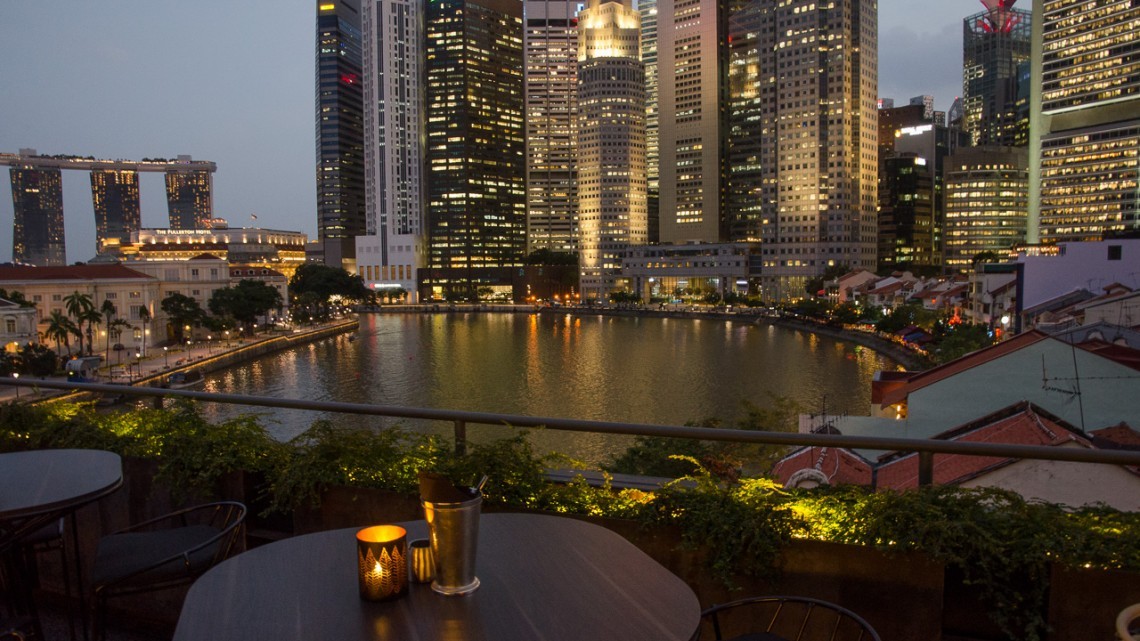 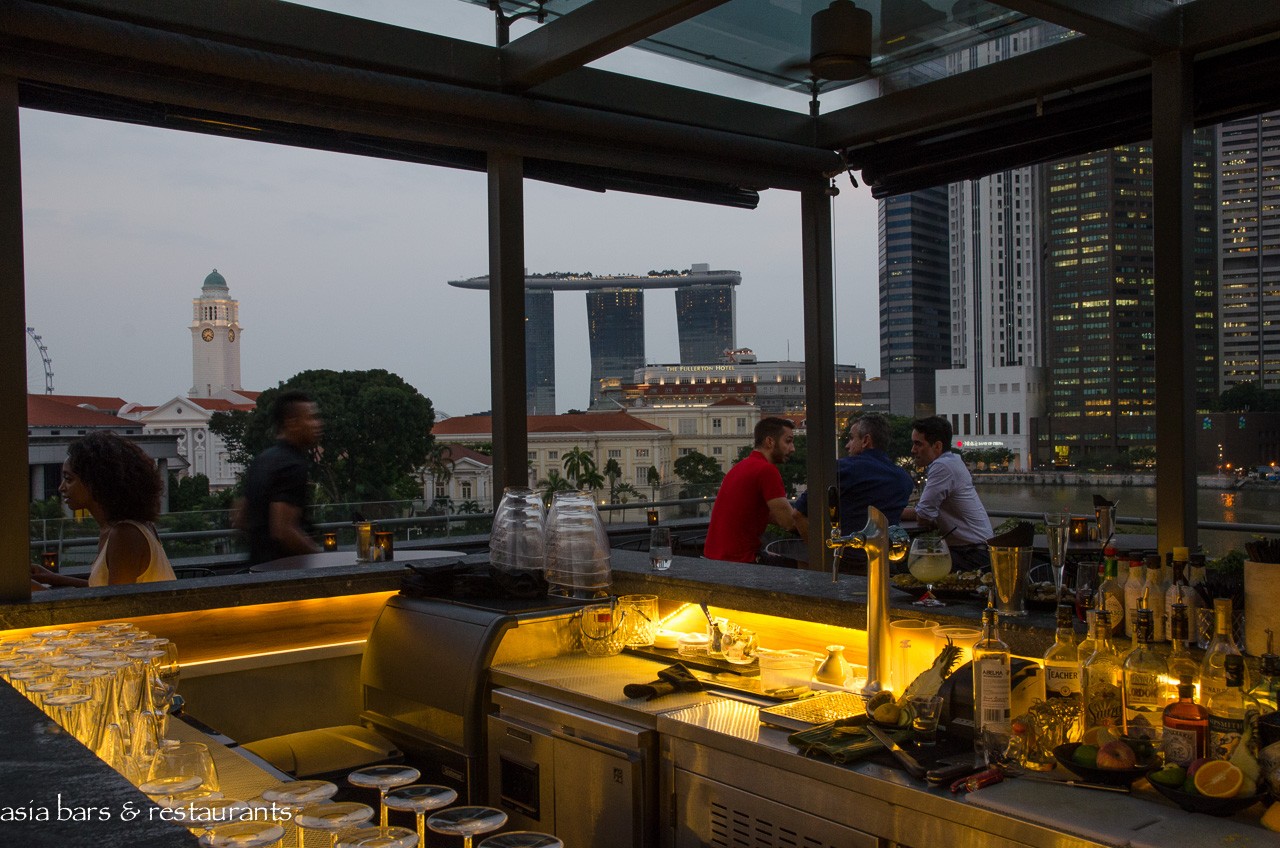 A relative newcomer to Singapore’s lineup of popular rooftop bars, Southbridge opened in September 2014 at the vibrant Boat Quay precinct adjacent to the CBD. Standing atop a recently repurposed heritage shophouse, Southbridge offers an attractive alternative to the plethora of bars and pubs that crowd the Boat Quay waterfront promenade below. With a completely open-air rooftop space that commands 360-degree vistas, patrons can tick off many of the city’s iconic landmarks whilst enjoying the polished drinks service complemented with sumptuous oyster and seafood sharing plates. Exuding an understated sophistication, Southbridge is a comfortable and relaxed oasis for sociable evening drinks against the backdrop of Singapore’s skyline.

Occupying the entire rooftop, Southbridge boasts a stylish minimalist decor featuring monochrome furnishings, black granite countertops, and black wire-framed bar stools. The centrepiece “U”shaped bar separates the main riverfront section from a more intimate space at the rear of the rooftop, comfortably decked out with low tables and seats. While the rooftop space is completely open to the skies, extendable awnings on the three sides of the central bar provide some protection from any inclement weather.

Southbridge is accessed via the entrance on the laneway behind Boat Quay, with the bar opening daily from 5pm until midnight. Adding further enticement to sunset drinks, the Happy Hour promotion on weekdays offers special prices on selected champagnes, sake, spirits, and oysters. 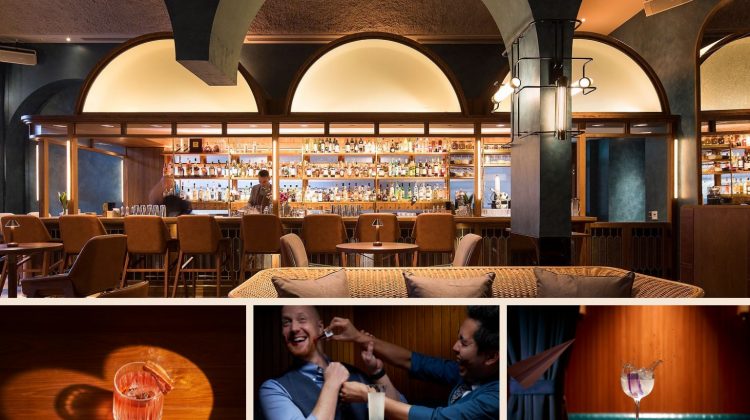 Republic – Bar and Lounge at The Ritz-Carlton Millenia Singapore 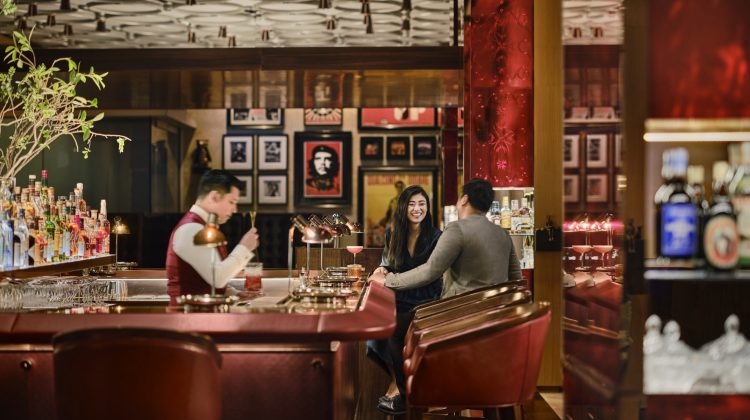 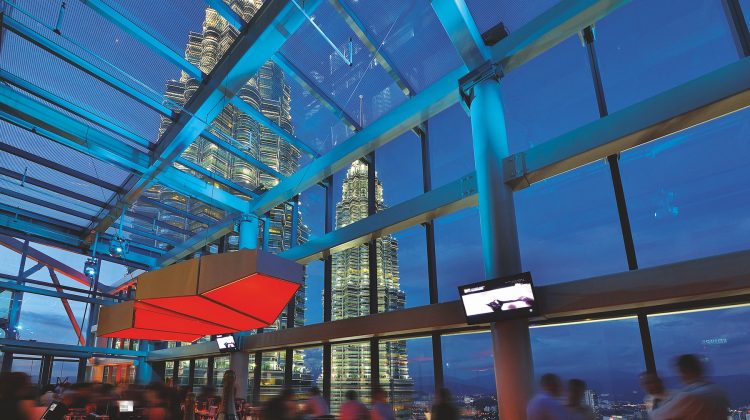